Craft collectors interested in quality of ideas and of making.

Founding Craft Aotearoa trustee, Dr. Warren Feeney, is the also the new director of the New Zealand Academy of Fine Arts, which was founded in 1882. With three galleries on the Wellington waterfront, the NZAFA is an easy two minute walk from the city's retailers making it the perfect lunchtime visit for busy workers. Regular exhibitions featuring new work from established and emerging artists throughout New Zealand are held in the Academy’s architectural award winning galleries. We asked Warren to share with us his thoughts on New Zealand craft including an insight into collectors of craft. 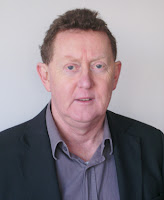 1. The gallery of the NZAFA has a long history of supporting craft and visual arts. What kind of support do you offer craft practitioners today?

There is a significant representation of jewellery and ceramics in the gallery’s exhibition programme – especially the four annual thematic members exhibition. In addition, the gallery space, Gallery One has a representation by members of the Academy working in jewellery (silver, jade), wood as well as ceramics. These are exhibited throughout the year.

2. It is great to see craft permanently displayed on the Wellington waterfront in the front of the NZAFA gallery. What kinds of objects can the public buy?

As above – Jewellery and ceramics are key

3. Is there a typical craft collector/buyer profile?

From my observation, serious craft collectors tend to be individuals with an interest in serious New Zealand art as well. They are interested in a quality of ideas and of making.

4. Craft Aotearoa recently found in an online poll that the majority of craft practitioners prefer to show and sell their work in a dedicated craft gallery space, as opposed to a public gallery, craft market or even online.

That’s interesting and I imagine on one level it is about critical mass. That is, a centre for a specific form of art – its display and acquisition is going to attract an audience looking for that experience in one space. However, I would also imagine it is due to the shift in craft towards curation in galleries and the presence of dealer galleries specializing in craft.

5. How will the NZAFA be supporting New Zealand craft this year and beyond?

The upcoming 'Kete' project is a key focus for the NZAFA looking towards the future. Located in Wellington, the gallery is in a hub of craft-based creative industries and centre for the arts and craft practice. I would like to see this grow over the next ten years into a unique craft event that reaches into the Pacific and Asian community.

6. In another recent poll, Craft Aotearoa found that more than 90% believe there is a craft revival in New Zealand at present. Do you agree with this and if so, do you think the revival is here to stay or a passing trend?

I would suggest it is not so much a revival as a growing awareness. I still feel that the criticism leveled at craft in the 1980s by the fine arts community and art critics, accompanied by the demise of the Craft Council did serious damage to craft in New Zealand – and of course the deregulation of the economy and emergence of cheaply imported items from businesses like the Warehouse served to further and even more seriously diminish the status and value accorded to craft. Possibly it is not so much a revival as a new interest in something that hasn’t gone away. Potters, jewellers and ceramicists continued to make work regardless – they just didn’t get the kind of attention that they deserved and that was accorded to other art forms during the 1990s.

Posted by Jenna-Lea Philpott at 17:39